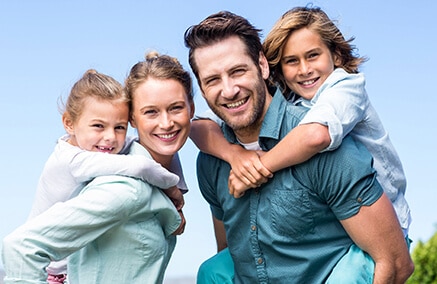 Almost every cell in our body contains a cell nucleus that contains the 23 pairs of chromosomes that make up our genetic material. Each chromosome contains the DNA (deoxyribonucleic acid) that makes up hundreds of thousands of genes. Many of these genes produce proteins that play multiple roles in the human body. Some proteins are structural and make up our tissues, such as bones and muscles. Proteins called enzymes are involved in chemical reactions, such as the breakdown of the foods we eat. While others are like little messengers sending signals into our bodies, these proteins are called hormones.

All humans share the same set of genes, but the precise DNA sequence of these genes differs slightly from one individual to another (from about 0.1 to 0.2%). Although these differences take into account factors such as the different colors of the hair, eyes, and skin, they can also cause genetic diseases or susceptibility to disease. A disease-causing change in the DNA of a gene is called a mutation.

Before a genetic test is done, a doctor will perform a clinical examination and obtain a detailed family history. This will help the doctor to determine which gene may be responsible for the disease in question. The patient will be referred to a genetic counselor who can inform him about everything involved in genetic testing. The genetic counselor can explain what a particular genetic change means and how it affects you or your family.

Almost all genetic tests require a DNA sample from the patient, which is usually obtained with either a blood sample or a mouthwash (oral swab). This is then taken to a genetic test lab for analysis.

At the DNA Forensics Laboratory, it will be convenient for you to get answers to your questions through our experts and technicians.